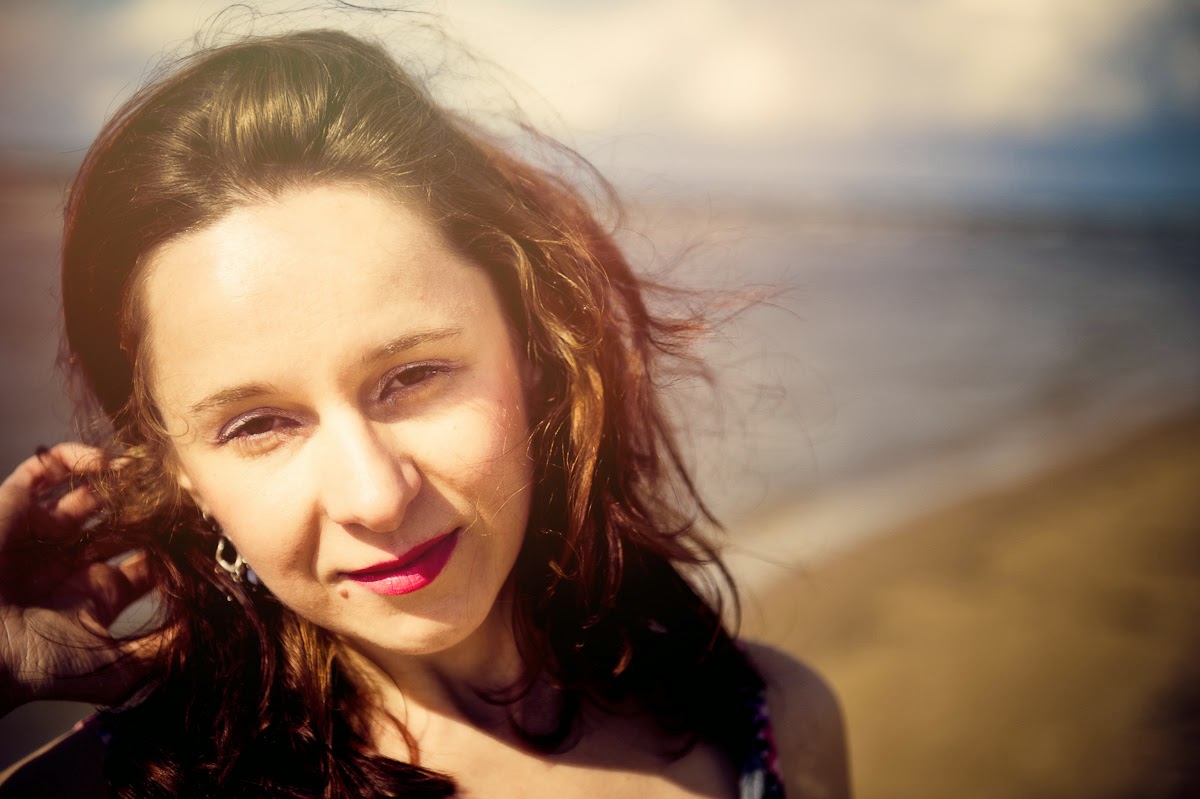 Latvian composer  Santa Ratniece started her musical studies with piano playing classes at Valmiera Music School. In 1992 she took up music theory classes in Emils Dārziņš College of Music in Riga. She continued her musical education at J.Vītols Latvia  Music Academy and  graduated  in musicology (2000) and in composition (2002) with professor Romualds Kalsons. Later on she studied composition  with  English composer David Rowland at Enschede Conservatory in Netherlands. Afterwards Santa Ratniece went on with her studies at Estonian Academy of Music and Theatre with Estonian composer Helena Tulve and in 2007 she obtained her MA.

In summer  2013 Santa Ratniece had her first American tour. The Crossing Choir of Philadelphia had the performances of Santa Ratniece’s three choir compositions in three concerts in the festival The Month of Moderns. Saline, Chu Dal and horo horo horo hata were sounding in three different venues of Philadelphia. New piece My soul will sink within me written for The Crossing Choir in collaboration with International Contemporary Ensemble of New York was premiered in summer 2016 in Philadelphia and New York at Mostly Mozart's festival, Lincoln Center for the performing Arts. Later on the album Seven responses was nominated for the Grammy Music Award 2016. In 2019 piece Leider liegt kaum Schnee for two sopranos and string orchestra was premiered at Chelsea Music Festival, conducted by Ken-David Masur. Album Rising w/the Crossing (live) with a piece horo horo hate hata was nominated for the Grammy Music Award 2021.

Most of Ratniece`s music is devoted to the chamber choir, she has received regular commissions from Latvian Radio choir and relationship with the choir started with  Saline in 2006 and  followed by Hirondelles du Coeur (2007, for choir and orchestra) horo horo hata hata (2008, for 12 voices), Chu Dal (2009), Fuoco Celeste (2011 for cello solo and choir) and Nada el layli (2015 for  kemenche, qanun and choir). Latvian Radio Choir, with conductors Sigvards Kļava and Kaspars Putniņš, recorded two albums with Ratniece's music - Saline (2011) and Vigilia del Mattino (2021),published by "Skani".

Santa Ratniece’s recent projects include commission from legendary Kronos Quartet. The premiere of Silsila took place in Big Concert hall of Stanford University in October 2014. In Silsila (chain in Arabic) we are following the Brahmaputra river down streams from Tibet, through India and Bangladesh to the Bay of Bengal. It is the highest major river in the world, which starts as a tiny little spring in Angsi glacier in Himalayas. In the curse of the piece we are descending from 5210 m above the sea level.

In 2014 she was involved in the project called Clybird’s lullaby, an artistic collaboration between Swedish artist Knutte Wester and children from  Ziemeli orphanage. The project is based on hand-made sculptural instruments,  so-called "clay birds", a small ocarina instruments that are traditionally used both in Sweden and Latvia. Knutte Wester - the artist from Sweden worked together with  children from Ziemeli orphenage and made the ocarinas from the clay.  Some of these small instruments  sometimes  have strong and clear tones, but others are completely out of tune, as if their wings were broken. Santa Ratniece got involved in the project and has written music especially for these clay birds and their characteristic sound. The representations of the lives of the children together with music form the basis for the Claybirds Lullaby, which the vocal ensemble Putni performed on October, 2014 in the St.Saviors Church in Riga.

Commission from Latvian Radio choir and Sarband ensemble - Nada el Layli was premierred in Oslo Church music festival in March 2015. It was a joint project, called Canticum Canticorum, where the Latvian Radio choir joined together with musicians from the Middle East, and five composers where creating the musical painting that integrates the Middle East traditional music in the Western contemporary choir music and vice versa. In Santas Ratniece’s piece the choir  was specifically created to feel secure and comfortable, just as in the maqam (place, space) tradition. The small Greek kemenche violin reflects qanun melodies, and its delicate arabesques are echoed in the quietly expressive sounds of the kemenche.

In October 2017 the premiere of Morning Rain took place in Beijing Concert hall. It was commissioned by China Ministry of Culture and premiered by Forbidden City Chamber Orchestra.