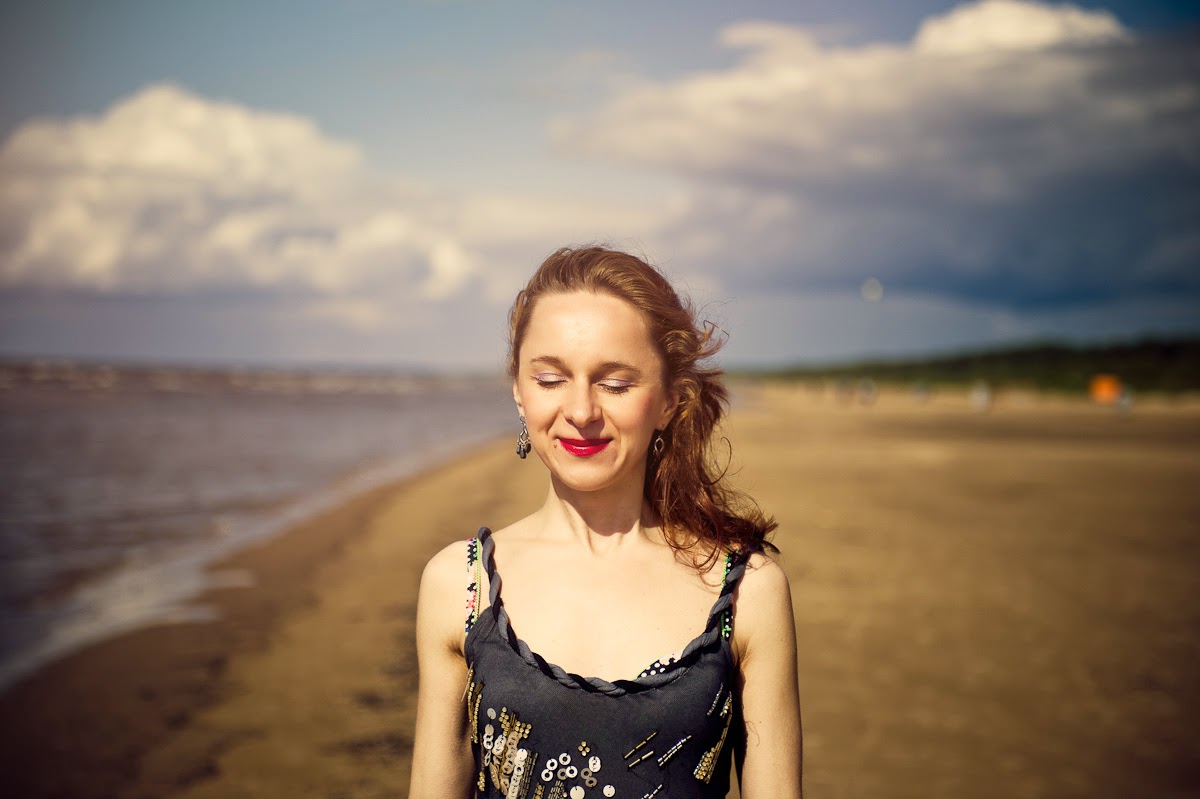 My soul will sink within me, 2016 for mixed choir and ensemble

For my response to the seventh, concluding cantata - To the Face - of Buxtehude, I was inspired by the texts of St.Clare of Assisi. She was an Italian saint and nun who founded the order of Poor Ladies of San Damiano. St.Clare was a close friend to St.Francis of Assisi; she used to call herself "the little plant of most blessed Francis". They were a glorious inspiration for each other. We are traveling back in the time to faraway Middle Ages, to feel the joy and suffering of St.Clare. She had avery gentle heart, but her life was very ascetic and she suffered from anorexia. St.Clare wrote four letters to Agnes of Prague; I composed on the essential parts of this extraordinary prose poetry. All the lyrics in some way reflect The Face in many dimentions.
LISTEN

Concerto for piano and symphonic orchestra, 2014

Music will bring us high in Himalayas near the mount Kailash in Tibet (Kailāsa in Sanskrit). The Tibetan name for the mountain is Gangs Rin-po-che - precious jewel of snows. Another local name for the mountain is Tisē - water peak or river peak, because it lies near the source of some of the largest rivers in  Asia - Indus, Sutlej, Brahmaputra and Karnali rivers. It is considered a sacred place in four religions - Bon, Buddhism, Hinduism and Jainism.
Concerto is structured in five parts. In the first part we are sensing deeply the space which lies 6638 m above the sea level. We are breathing the crystalline air and missing oxygen desperately. This is unusual air we are trying to breath in - so are the sounds. Already in the first part we can recognize the sparkling light of the second part which is devoted to the Manassarovar lake. This is sweet water lake contrary the nearby Rakshastal lake which is saline. Fourth part is devoted to the salty water of this lake. Manassarovar lake is sacred, but Rakshastal lake is connected with dark energies.
In the beginning piano sounds like quiet fragile bells.. so far.. inside the wind. The bell chords are coming closer and closer..
Third part which is for piano solo is like a pilgrimage around mount Kailash. Buddhists walk it 108 times around the sacred mountain in four weeks till they achieve nirvana. Later all orchestra tutti is following ones path. In the culmination the mountain is shining like a gold - this is abstruse light on mountains Northern Face at sunset and sometimes also in the night.

flooding. It is a dry riverbed. It is white and so very ancient. Different levels of water are reflected by the vibrato sound of various string instruments. The sound sinks into light and shallow, deeper, and very deep and black water. The various instruments are heard in various layers which sometimes flow together to emphasise the main line – the surface of flowing water. There is an effort to use sound to touch the warm upper layer of the water, with instruments presenting warm sounds and tones. Different streams flow in parallel, but they encounter one another at the crest of the waves. Unexpected depths are presented by the eerie shadows and indeterminably deep whirlpools of wind instruments. There is silence before the sound splashes into the old riverbed. When the riverbed overflows, all of the instruments try to overflow one another. Strange and uncommon water which ends the accustomed dryness of the river flows into the new riverbed. The area of sound represents vast areas of water and the desert. Water and the desert are linked in this opus via an unusual relationship. The two large groups of instruments have a similar relationship. The groups fundamentally change their meaning and sound thanks to such changes in nature. When a stream loses speed in the desert, sediment is accumulated very quickly. Eventually this sediment can become a complete contrast in becoming a border or even a mountain range which stretches across the desert. This is affected by the strength and direction of the wind, and by other circumstances. In deserts, the wind can change the surface of the earth. Percussion instruments here have the role of the sculptor, creating new borders of mountains from the sand. Complex but indivisible relations link all of the instruments in this composition.
The eternal force of water and the shifting flows of desert sands experience rebirth. They come a new and opposite phenomenon, with the water drying out and the sand turning into strong mountains.

What invisible strings tie together the swallows, making them all rush away in the same direction? In Swallows of the Heart, Forrugh Farrokhzad’s poetry is like a bird released into freedom, who then is confused by the ease of his flight.  The choir is the voice of its heart—the swallows of the heart, which circle around, glide through the air, circle around again, alight on the ground, and then shoot up high into the eternal skies.  They dwell in the garden of memories, which is so brightly light and so blackly enticing.  Here, human voices transform from blossoms into palms, from palms into wings, and from wings into soaring of longing.  Swallows live in the space of the heart, which at first seems so narrow and closed but soon grows into a room, a house, a garden, and finally into a lonely planet that vanishes in the universe.  In order to see the world, must we always open the curtain?  Continuing the same train of thought, the temporally distant Chinese poems of the Tang Dynasty period settle calmly and soothingly between the lines of Forrugh Farrokhzad’s verse.  Contrasts prevail in the orchestral colors.  Initially they revolve, turn, and spin like circles, through all the percussion instruments.  Then they light up like pieces of airy glass and ice, which shatter, crumble, and melt.  And like rattling dry trees, they clatter and collapse.  Though we can sense seven parts within the piece, there are no boundaries between them.  They overlap one another, because every ending is like a new beginning.  Only a quiet island in the middle of the lake, “A Little Sad Fairy,” plays as a homage to the young, brave Iranian poet who liberated all the most hidden desires of the women of Iran.  And then she flew away.