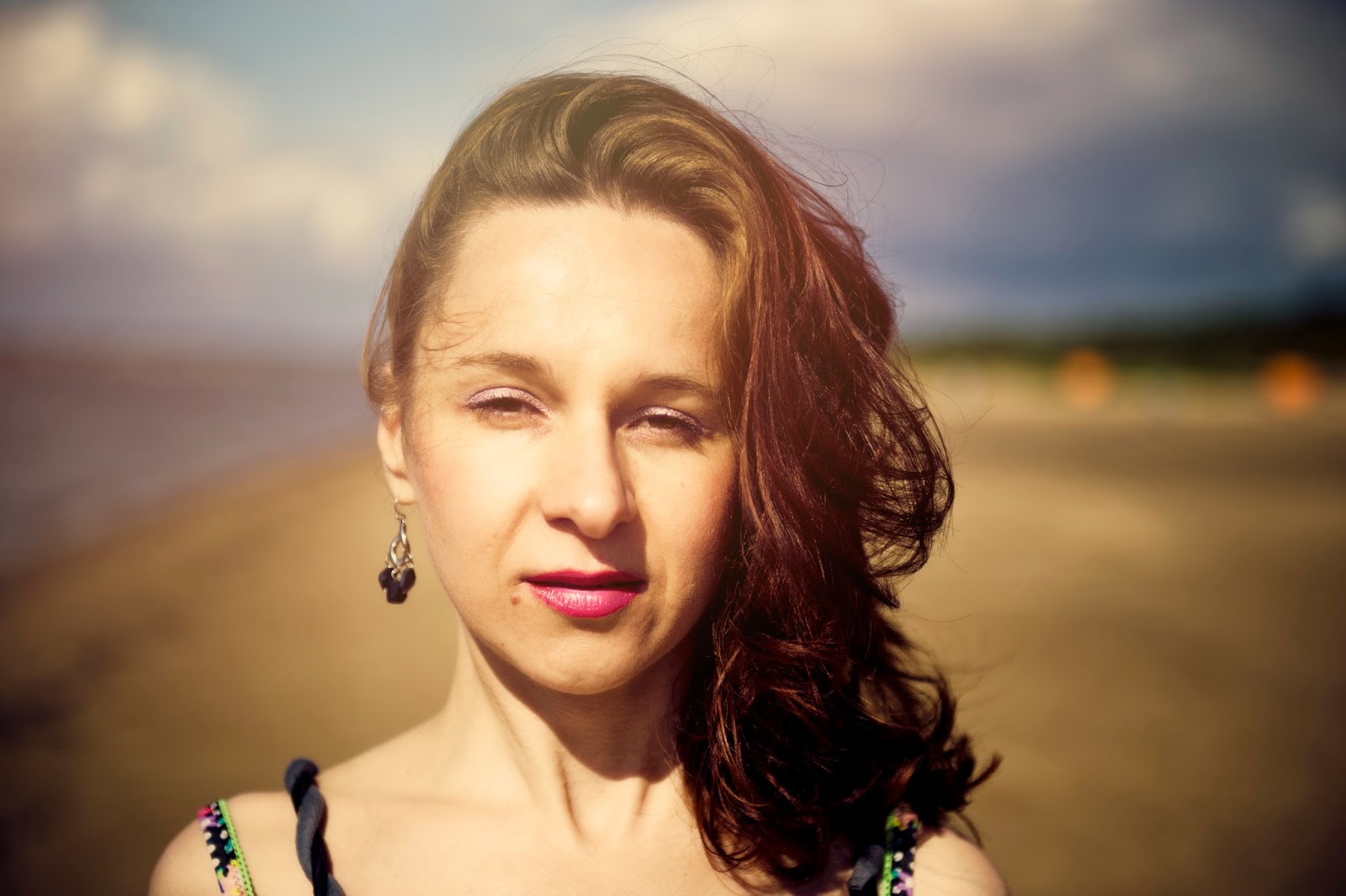 My soul will sink within me, 2016 for mixed choir and ensemble
Text: St.Clare of Assisi
Premiere - 25 June, 2016 Philadelphia Episcopal Cathedral, Philadelphia (USA)
The Crossing Choir, ICE Ensemble, conductor Donald Nally
LISTEN
For my response to the seventh, concluding cantata - To the Face - of Buxtehude, I was inspired by the texts of St.Clare of Assisi. She was an Italian saint and nun who founded the order of Poor Ladies of San Damiano. St.Clare was a close friend to St.Francis of Assisi; she used to call herself "the little plant of most blessed Francis". They were a glorious inspiration for each other. We are traveling back in the time to faraway Middle Ages, to feel the joy and suffering of St.Clare. She had avery gentle heart, but her life was very ascetic and she suffered from anorexia. St.Clare wrote four letters to Agnes of Prague; I composed on the essential parts of this extraordinary prose poetry. All the lyrics in some way reflect The Face in many dimentions.


Nada el layli, 2015 for politiki lyra, qanun and mixed choir
Text: Canticum Canticorum
Premiere - 11 March, 2015 Oslo Cathedral (NO)
Efstratios Psaradellis (politiki lyra), Salah Eddin Maraqa  (qanun)
Latvian radio choir, conductor Kaspars Putnins
LISTEN
The High song of Solomon is full of dreamy kisses and havenly aromas from the King's gardens. It sets and example for compliments that are expressed by lovers, as well as for heartaches for sad romantics. It is full of hot wind and burning sun, with shifting sense of love flowing together with Nature. Nearly every song creates visions. The choir has been specifically created to feel secure and comfortable, just as in the maqam (place, space) tradition. No fear at all. The small Greek kemenche violin reflects qanun melodies, and its delicate arabesques are echoed in the quietly expressive sounds of kemenche. All melodies full of love flow from one lover to another... Those who never meet are refreshed with fresh apples and the dewdrops of the night - Nada el Layli - given as a tittle of the piece.

In the spring of 2007, the artist Knutte Wester worked on a conceptual sculpture project together with the seven-year-olds at the Ziemeli orphanage in Riga. The children each contributed by casting a part of their body in plaster, which, joined together, made up one whole sculptural body. It turned out a monument for those who are otherwise overlooked by society.
The result of the project in Riga, called Monument without a home, became widely exhibited. In 2013, Knutte Wester returned to Ziemeli, where the children and staff now had been replaced. Yet, just as before, hundred abandoned children were living there. The artist began working on new sculptures together with the seven-year-old children of 2013. However, it turned out that two of the children from the 2007 project, Gloria and Arturs, sister and brother, were still living at the orphanage.
Their wish to create a new work together became the starting point for Claybirds Lullaby, a project based on hand-made sculptural instruments. The so-called "clay birds", a small ocarina instrument, is traditionally used both in Sweden and Latvia. Arturs and Gloria made one clay bird each, and one bird each for the now lost friends from the 2007 project. The clay birds were placed in small wooden boxes containing the history of the child they represented. A room at the orphanage was turned into a music studio where the sound of each bird was recorded.
The ocarinas are small, some with strong and clear tones and others completely out of tune, as if their wings were broken. Latvian composer Santa Ratniece, who often writes choir music, got involved in the project. She has written music especially for these clay birds and their characteristic sound. The representations of the lives of the children together form the basis for the Claybirds Lullaby, which the vocal ensemble Putni performed on October 10th 2014 in the St.Saviors Church in Riga.
read more

In the composition the texts of St. Francis of Assisi from Prayer at the Cross (Preghiera davanti al crocifisso, 1205) and Honour for the Mighty God (Lodi di Dio Altissimo) have been used. I am thrilled with Francis`s simplicity, openness and love. Most often he prayed in a wood or a meadow among the trees, birds and animals; or in a modest and abandoned church in the middle of a field. Additionally to these prayer texsts there will be a musical touch to the fragments from the book Flowers of St. Francis (Fioretti di San Francesco). This book was written by an anonymous author of 14 th century, based on the life facts of St.Francis of Assisi, his followers and St.Clara. The title of the new composition Fuoco Celeste could be translated like Devine fire or Fire of the Heaven. It was inspired by the 15th story, where St. Francis and St.Clara are enjoying the food at St. Mary Angels` church. St. Francis sings the praises of the God so honorouable and grateful that everybody`s eyes and hearts turn up to heaven. From distance it seems that flames are rising from the church and that the land around it is on fire. Coming closer people see Francis and Clara immerse deeply in meditation of the God.


Absolutely amazing is the fragment, where Francis preaches to the `smaller sisters` - the birds. The birds surround him quickly and listen. They don`t fly away until Francis gives them his blessings. Then the birds fly away to all four directions shaping the sign of the cross.
In another story Francis wants to protect the doves from the bird-fanciers. He builds the nests for birds and they never fly away again because they want to stay nearby Francis.
In the composition the chorus sings through the songs of birds, fish, flowers and trees and glorification to the Mighty Creator. The solo of cello expresses the St.Francis`s of Assisi endless love that touches everything that we see every day. But maybe we don`t see everything like Francis did and can`t be delighted by that beauty.

Silent Water was conceived of and written as an echo to the lowest point on earth, the Dead Sea.  Namtso is the closest lake to heaven, and is also called Heavenly Lake.  The crystal-clear water silently reflects the sky and the piece is called Silent Water.  In the middle of Namtso Lake is an island that monks go to in the winter, when the water is frozen, and meditate there until the following winter.  Then they can return to shore by crossing the ice once again.  The form of the piece sketches this freezing in its marginal phases, with the melting, sunny, springtime island at its center.  The long road upward to Namtso is begun at Uvs Nuur Lake in Mongolia, near the Tuvan border (759 m. above sea level).  This is a very wide, shallow, and salty lake.  The path is difficult.  How does nature feel in these transitional places, where the northernmost desert meets the southernmost tundra?  How does the cold desert combine with the hot tundra, where the desert sand shines alongside snowy mountain peaks?  The fragile transition is sung in words with corresponding meaning, and the hotly cold places are slowly walked through, step by step.  The final destination - the island in Namtso Lake - isn’t far off; all that’s left is the final transition, ice.  This is the most fragile juncture, crossing the frozen lake and arriving at the quiet island.  After the long journey, as the flight ends, the snow and ice joyfully melt, in melodies that are characteristic of this place.  There is so much water that it breaks into hundreds of rivers and streams, and the lakes finally overflow.  But when the snow melts, do the footprints disappear, too?  In order to get back, one must once again wait for the freeze.  The sounds try to freeze words with various meanings into single ice…


horo horo hata hata begins like a lullaby.These words are the refrain to an Ainu lullaby, and the Ainu people find these unusual, wonderful sounds as holy as the ringing of heavenly bells.  It seems as if the finely vibrating field of sound will put us to sleep, but it actually leads us to the heart of the Ainu worldview, which is ruled by both gods and evil spirits.  Their daily tasks are carried out in union with nature, birds, and animals. As a following we hear Ainu hunters’ prayers to a bird and a deer.  Though hunting is part of the Ainu people’s everyday life, they care deeply about the souls of hunted creatures and worship the gods who appear in the masks of birds and beasts.  The prayer to the bird begins with quiet owl whistles—wishing it have an easy flight up to the highest heavens.  The prayer to the hunted deer ends with a deer`s calls, when the flight of its soul has already reached the highest mountain peaks.

How can a woman’s prayer move the air in the silence beside a mountain?  With mute movements she bends down under a mercilessly burning sun, in a place with a dry, desert-like breath, untouchable ivory-colored cliffs, and cracked, chapped earth, salt, and sand.  In this parched landscape sleeps Saline, where the world’s tears dry out.  The lake closest to the souls, the Dead Sea, has gathered within itself all suffering and worry. The wind blows indistinct sounds toward us and then blows them away again.  It shakes up, stretches out, and spills melodies upon one another.  In the beginning - quiet, lonely melodies in Armenian from Lake Van (1,640 meters above sea level).  Many centuries ago this was Armenia; therefore the melodies echo Armenian folk music.  Lake Van is one of the world’s largest salt lakes; its water does not flow away either above ground or below ground.  Implacable water gathers and is concentrated right here - as melodies that soon cover everything, as a great thirst for a rain.  An unquenchable thirst that can only volatilize. Sounds and emotions, hidden in the salt water, do not sink…